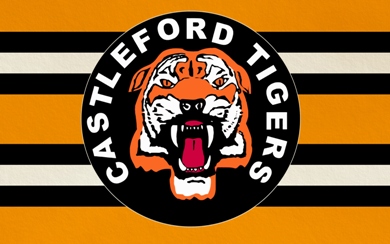 Castleford Tigers RLFC are one of 14 teams competing in the Stobart Super League, the premier division of rugby league in the UK. Often seen to be punching above their weight in the league the club is not a traditional top 4 club and as such doesn’t always have large amounts of cash to spend on grand marketing gestures. Aside from sponsorship revenue and director loans, the club’s main income stream is its fan base through gate receipts and merchandise sales.

The club was formed in 1926, has a rich history and famously die-hard following. The club has seen many periods of good times with their last major trophy win being the Regal Trophy in 1994.

Tom Walters is the Communications Manager for the club and has been Cat Creative’ s primary contact during our working relationship.

Tom approached us in late October 2011 with a concept for a social media led campaign to build interest in the club’s home shirt launch in November. The key success criteria for the campaign was it had to be minimal budget, needed to provide a good increase in Facebook likes and have an impact on actual sales. This was very much an experiment for the club so we needed to provide a good return.

In collaboration with the club we created a customised landing page with the current Man of Steel, Rangi Chase, as the focus but in a blacked out shirt. Visitors were encouraged to like the page in order to be able to view the new shirt when it was revealed a week later.

We created a landing page that could detect when the page had been liked and whether the launch date and time and been reached. In the meantime visitors who had liked the page saw a countdown timer in the clubs colours, to further build anticipation.

We ran a series of Facebook ads with a minimal £30 per day budget run over the 5 days. These ads were targeted at those people that didn’t already follow Castleford Tigers but were interested in Rugby and were from a geographic area that formed approximately a 50 mile radius of the region.

Of course whilst increasing the page likes by over 30% and the amount of people talking about the club by 125% in just 5 days is a great result it was only part of the criteria we were being judged by. In the days following the shirt going on sale the club recorded record sales figures with many sizes of the home shirt selling out well in advance of the season start in February 2012.

What Tom at Castleford Tigers had to say;

“I was first introduced to Cat Creative through a business networking seminar where both Cat and Mark were delivering a workshop on the endless opportunities of social media.

It was clear from the very start that there were a number of opportunities available to us that we had never previously recognised and we could benefit from their knowledge and expertise.

Initially, we hired their services on an individual project; that of promoting our soon to be launched replica home shirts. From a single meeting, which quickly transformed into an extremely creative brain-storming session, a unique campaign was formed to unveil the shirt through facebook for which Cat Creative would drive.

This campaign proved a roaring success, not only did we gain many new facebook likes within the 7 days of the campaign, most impressively we sold out of home shirts within a month, a definite first in our history.